What a year 2022 has been, just year ago most of us thought that the pandemic was our biggest issue, how wrong was not that, and now a year later we might think, what else can happen, will it get better, or are some countries “going for broke”?

As always, most of our future challenges will just happen out of the blue, regardless of how much we try to prepare for it, at best we can try to keep up our momentum and hope we got enough speed to get trough to 2025 before things will get better again.

However, if anyone would have told me a couple of years back all the challenges ahead, I might not even had tried to get trough it all, du to all the different hurdles that has been occurring, and it is not over yet, or at least not for a year or two.

Even though its been som tough years, I have to say that we have had some great years, steadily growing our customer base, helping clients in different ways, and if we keep up the good work, we will continuo to grow coming years.

So what is it to worry about then, if business is great and you have steady progress, managing all the hurdles and issues along the road as they occur, what else is there to do?

Well, I would just say, :”keep grinding” “keep going”, as long as your strategy don’t have to change, keep going, as long as you got enough momentum in your business , then make sure you know how far you can get, before you run out of steam.

Most businesses have a sales cycle of lets say 400 days, in some cases it much shorter and in other cases it can be much longer, anyway, as long as you know, then you know, when the “music has stop playing” and when you will hit a “wall of bricks” if you don’t adapt in time.

In most cases companies have consentrated on growing, but once you can’t grow more you have to secure that you are making money, the “rules of 40” is an easy way of analyzing your self and other businesses.

“price’s law”  is another one to keep in mind, especially if your business is not making money and growing, then you probably have to start looking at your costs and figuring out were to cut your losses, and how to secure your future survival.

Most important is to make up your own mind in what to do, and what to expect of the future, of course you can look to experts, but in many cases their guess is as good as yours, and in your case it will have consequences , but if they are wrong it will only hurt their ego.

It’s quite funny in some cases to see experts. back paddling online, due to that they have been wrong about different things the last years, dooms day experts are the worst, but if you find one you like, try to back track then a bit to see what they have predicted over time.

As you can see, most of them are wrong, not even governments can predict the future with all the expert help they have around them, and in many cases, they react to late, with to much or to little, so you have to secure your own base of knowledge. 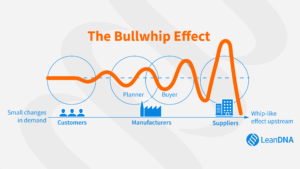 If you aske me, what I think, about the future, then I can tell you this, I think the down turn of the economy will be short, at most 8 to 12 month from now, some businesses will have enough momentum, so they don’t have to do anything if it is a short recession.

Most important is not to “go for broke” you can not just keep doing what you do if its not woking, take Russia as an example, their goal is to, lets say to conquer Ukraine, but if they can’t win on the battlefield it does not help to keep throwing people on to the problem.

Out mass your opponent will not help Russia if Ukraine can manage to grind Russia down, you need to do something else. in Russias case they will keep on attacking until they have an settlement one way or the other, the war will probably go on for years, off and on, as it has done since 2014.

If you expect anyone to be victorious , then we have to define what we mean with being victorious, in Russias case lets say the conquer Ukraine, it would be like winning the battle but losing the war, they will be outcasted by the rest of the world like North Korea for an eternity.

If Ukraine are victorious, even in conquering Crimea, then the war will take a pause until Russia have strength enough to start a new war again, see it a bit like the war between Finland and Russia, they will keep on coming as they have since Sovjet union collapsed.

My expectation is that Russia will change from within over time, hopefully to the better, but its will probably take some time, and Ukraine will resist over time, and other countries will learn that war is an ancient way to solve issues, but the West have to recognize that we are at war with Russia, even if it is an “Proxy war “for the time being.

The energy market will be in turmoil for a couple of years, we might get better prices, but we still need to double our energy production within the next 10-25 years, and it might not be nuclear power we need, it might be some new option for us like Hydrogen power, but thats another story.

Interests will be higher for a couple of years even if inflation will stabilize around the world, cost , transport, logistics, etc will keep on being an issue for most companies and I expect many of them to change where they produce their products within the next 2-3 years if it keeps on as it does in the world.

I just underline it is not a gloomy picture from my point of view, it will be a lot of oportunities for those who master a world in turmoil, but some companies ( countries?) might not survive, but thats just the rules of engagement if you ask me.