Its quite common today to hear that we are heading towards a depression, I must say are we really?

Of course, I can also see all the misery around us, everything from the invasion of Ukraine to the so called energy crises we all are hit by in different ways, transport, interest rates, housing markets , you name it.

I am sure we can keep on adding all the different challenges around us, but is there any light at the end of the tunnel?

Well if you ask me, and thats not a sure thing to do, I would argue from another perspective, first of all, most of the problems around us today are due to politicians more than it has to do with economy.

Well first of all, lets say for the argument sake that the invasion in Ukraine will be over in either a short term or in a longer perspective, with the possibility of either side winning or loosing on the battle field.

Regardless of how we look at it, we should not see it as a end game, but more as a indefinitely game i.e a game with no ending due to that factors will evolve and different issues will rise and decline over time, in most cases we are moving in 50-75 years cycles.

My point being, once one issue is solved , then what, or if I put it in another perspective, fist the pandemic, then what?

We have been talking about big recession for years, dooms day scenarios has been exploited over and over again, but in the long run it has been a growing economy, with short hick ups for like 6-12 month, but no real recession yet.

Some will say it has to happen, it can not go on for ever it has to come a day when everything goes belly up, of course it can happen, but is that what has to happen now, or is it the next planet killer meteorite that will settle the dispute?

The different between a realist and an optimist is that the optimist has more fun, and once in a while the realist will we able to prove his point, but we are not there yet for different reasons. 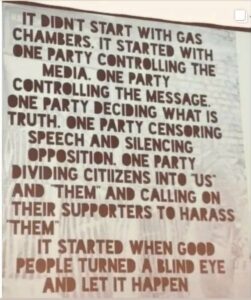 The economy will probably slow down a bit, but there will be enough growth to keep us going and the big issues around the world will play them selfs out over time and new issues and possibilities will occur and we all will have to deal with them as the come.

Russia will change from within not from a outside force, the Russians will have to deal with its own mess, the same with Iran North Korea, just to name a few.

It is not up to the west to try and force democracy on anyone, over time any dysfunctional system will correct its self, either by force or by any other means it can.

What we can do is to support and give it time to change, but never again to be so naive that we make us dependable on anyone to that extent that we can be black mailed or forced to concede.

For the same reason we need to be strong in our collaboration with other nations and organisations, we also need to have a strong defense and the capability to strike back with force, so that any hostile nation will now it will be to costly to try military means to force us in any way.

In the mean time while some countries sorts out its domestic problems, the rest of us will carry on and develop our economies with more local/ regional resources  and partners from diverse suppliers and develop new markets and innovations so we can get even more environmental aware in our progress forward.

Stay safe, stay healthy, prepare for the worst and hope for the best.