We have all been there, stuck in a complicated situation where there is no obvious solution and time pressure is forcing us to choose between options we don’t like.

Sometimes it is not just us, but someone you have a business relationship with, where you have to figure out a solution.

I have even seen situations where both parties more or less have given up and just want to get out of the situation.

The more impossible it looks, the more people get mentally stuck and blocked.

A couple a days ago I found myself in a small predicament, not really complicated for me, but for my opponent it was obvious it had become an unsolvable problem.

I suddenly understood on his reaction that he could not see beyond the problem, and I was tempted to give him my solution to it all but realized that, solving it for him was not a good idea.

I proposed that we both take a short brake and he could come back to me after a small discussion within his company.

When he returned, he had a solution, the same solution I had foreseen would be a probable solution to it all, so why did I not give my solution to him to him directly? 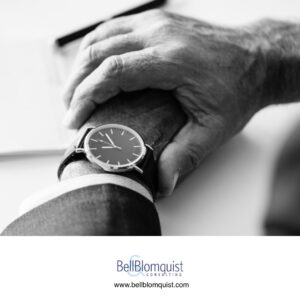 Well, there are several reasons why I didn’t give him the answer up front, first of all just because I can see a solution does not mean that he will do the same even if I explain it.

Sometimes it is better for your opponent to arrive at a solution themselves rather than been given it on a plate, because if you serve the solution, they might think there is something hidden in the solution they cannot see and for that reason play safe and say no.

Sometimes it is better to give people time to think and to arrive by their own conclusion, rather than forcing trough a solution just because you can see the light at the end of the tunnel.

Have you ever been up against a number cruncher, you know, a person who can calculate endless numbers and arrive at a solution in microseconds?

It is in these situations you find yourself in need of a break just to make sure you got the numbers right.

I have met a few number crunchers in my life, and I am amazed every time, but also a bit worried when it is someone on the other side of the table and I have to do business with them.

The first time I meet a number cruncher was when I was in the military, he was calculating artillery ballistics on the run when we were out training.

Even though we had a computer in those days, he always calculated the right answer in his head before we were able to put in all of the variables into our computer.

I have also seen the same behavior in a business meeting where one side of the table are miles ahead of the other ones, and you can sometimes see the panic when numbers are presented up front in seconds.

People become very uncertain when they don’t have control, and for that reason decide to say no because they think it is better to be safe than sorry. 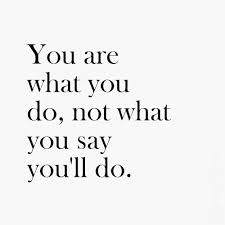 So, the next time you can see that your opponent is not on the ball, but more behind the ball, give them a chance to take a breather and catch up with your way of thinking.

In the long run you will get a better relationship out of it, and probably a better deal for both of you.

If not, you can be sure they will just say no to you, because they do not understand and are uncertain.

If they say yes to your proposal and afterwards realize it a bad deal for them, you might have made a great deal in short term, but you will have immense problems long term.

Modern and future business relationships have to be built on more than just numbers, it is also important you can solve problems together when they occur.

Most important is that you are able to build your relationship on trust rather than just outsmarting your opponent.

Try helping your clients to buy or sell, rather than just push for your own agenda regardless of what is needed on the other side.

Previous StoryConfidence Man
Next Story2020, a stab in the dark?