Well it is as I have said before, life is full of curveballs, and sometimes its better not to know whats coming your way, its just better to solider on and keep solving issues as they arrive.

When you take a look on what’s happening around you both locally and globally, there is quite a lot going on, and doing business at the same time demands that you are very flexible and have the options of adapting to new circumstances fast.

Being able to do a lot of quick fix or bush fix reminders me of some stories from when my father was alive and living in Dominica, I took a cab from the airport once and the taxi driver was pulling over every two or four miles and filling something under the hood.

After a while I asked him what he was doing, and why we had to stop, and he explained to me that the car was leaking brake oil , so he top it up, so the brakes would work until he had the money to repair the leak.

We could of course argue that it would be better to fix the break leak instead of buying oil, but the logic here is that sometimes doing the best thing is not always an option, sometimes you just have to keep everything running until you have the means to do what is right. 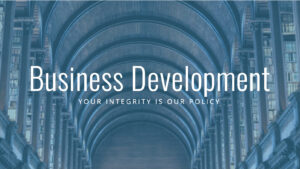 Todays business world is rapidly changing and most industries are under tremendous pressure to find a way forward, while others are having a field day enjoying new opportunities that has arrived more or less over night.

For the time being I am dealing with two kind of companies, one is preparing to force their way out or difficulties by investing in know how to challenge future business opportunities while others tries to save or wait for the everything going back to as it was before.

When you listen around , I must say that I am actually wondering if we not should start planing for living with this virus around rather than expecting it to go away.

If thats the case, that it will be part of our lives from now on, then we should start planing for it, and making sure we adapt in a proper way, rather than using quick fixes or bush fixes as a solution, and that will probably mean totally new way of thinking.

So, If I am right, what now, if I am wrong, so what, the best I can do right now is to start thinking what to do short term and long term, All of it beats doing nothing, or trying to wait it out.

If you agree on my paradigm, then lockdown is no longer an option, or worse, what we have done up until now is not the way to go about finding a way forward, it requires a totally different strategy.

The strategy we are arguing about around the world might not be the best way to solve our future, but no one dares to say it out loud, if you do you would mediately be called cold hearted or selfish I suppose, but I think we need to address the issues differently from now on.

What about the vaccine that must of course solve the pandemic an let us get on with our lives, not really if you ask me, it will probably at best slow the pandemic down , not getting rid of it, so we once again have to live with it and adapt.

So we all need to start seeing our present situation as an opportunity and use it to gain momentum into a new business future, rather than a problem that has to be fixed, its not broken bone that needs plaster, it’s the future.

Previous StoryHappy days are here again?
Next StoryBetter the devil you know