A while back I had a discussion with a manager that I am mentoring , what he should do regarding some major changes, he shared with me some of his concerns and different issues he saw as possible threats in the future, both internally and externally.

In most of the different problems and conflicts that we talked about it was obvious that its so easy to look for something new or at least different from what he was up against at the moment.

When we took a closer lock on several of the issues and scrutinized them more in detail, it became clearer in our dialog that change not necessarily would mean progress or anything better than what he was up against at the moment.

It also became clear that some scenarios was totally out of his control and could end in any kind of solution, and even in some solutions that we had not considered at all. 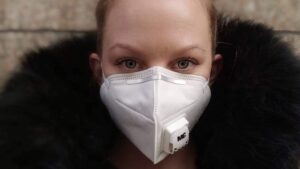 In reality it was easier to relate to issues as they where, instead of  probing for change when it also could end in a disaster in stead of a better solution for everyone.

In many cases I must say that we tend to focus more on what we can gain rather than actually working out what it would cost us if we fail to reach our goals or at least if we do not try to consider other parties interests and priorities in the matter.

Most of us are influenced by the pandemic one way or the other, in some cases we are living under tense pressure in other cases its a sea of opportunities, regardless of what your situation is or what options you have its more important than ever to find your way forward.

The interesting part is that several companies have has found new business principles to follow while they still are working within its original business concepts, and have suddenly managed to get out of business in despair and into new major business opportunities.

In most cases is more of changing your paradigm of your situation rather than focusing only on the problems and becoming bitter and blaming government and restrictions for your problems. 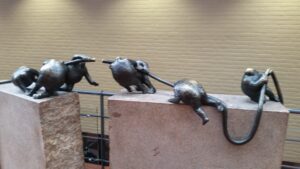 If Darwin ever would have had the time to study the business world as much as he studied nature, then he would probably advice you to adapt to change, because survival is about being able the adapt to change when doing what you do is no longer an option.

Its a bit like looking for business opportunities as step stones or leaps rather than just one area of business and trying to make it work in different business environments.

It’s actually not stranger than being into the stock market looking for the next great company or different start ups with a great future, its the same principle, but in this case its products or services that they are focusing on.

In this case I am supposed to be the devils advocate and help them to question them selves, well I suppose its better with the devil you know in this case rather than facing the one you don’t know.