“Do ut des” in latin means ” I give so that you may give”, a form of transaction that occurs in many different relationships .

Nowadays I do not watch television as much as before, mostly because I hate all the commercials that interrupts all the time, at best I record a film and watch it later, but in most cases I watch Netflix or some other streaming media when it suits me.

The other day I was looking at the German series called “Berlin Babylon”, on SVT1, an interesting series in may ways, love watching how people lived in the 1920s-1930s, and how they reacted to the political conditions after the Great war in Berlin.

My grandfather published a book in 1941, the title is “From Potsdam to Weimar” and it gives a historic perspective of how and why Germany ended up as it did and what happened over the years from 1840 until the Weimar republic.

One of many conclusions of his book is that change happens in such away that you do not see the change before it is too late, and even then you do not understand how you could have prevented it from happening.

Another conclusion from the book is that, you have to respond to things that happens, especially in relationships, otherwise you are giving a carte blanche to your opponent, and they will take the opportunity to push things even more in their own favour.

Neither USA, UN, France or England reacted to many of the things Germany did, they protested, but it had no consequences until things went too far, the rest we all know too well.

In those days change was slow but once it had momentum, it could not be stopped, today change can happen very fast and still the momentum can not so easily be altered. 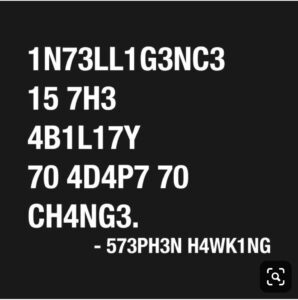 So should we always respond to every situation, before it is too late?

Well in general terms I would say there should always be consequences, if not immediately, then of course somewhere along the road, and your opponent should be taught that it will always have consequences one way or the other, whatever they do.

“Tit for tat” , is an other expression, or “I will scratch your back if you will scratch mine”, of course this also have a meaning when it comes to consequences.

If you do something that is not in my favour, and if it has a consequence for me, good or bad, it will have consequences for you too, just so you know.

In many cases it is better to visualize what will happen if you agree or don´t agree to an issue, because it makes it clear to everyone that there is always a price to pay for everything, for good or bad, just so you know.

It is also important to find common ground, to try and build a bridge even though you do not agree, you still have to handle the situation and still find a way forward.

If not at least agree on how things will develop once you do not agree, it helps visualize the cost of not agreeing and gives an insight in that it may be of interest for both parties to settle, rather than deadlock it all.

If you take a view of the world economy and try to figure out if things are going to become better or worse, I must say it looks more and more as if a lot of world issues are going in the wrong direction.

Most of them can be handled one by one, but if they flame up at the same time, or as a chain reaction, then things will become very slim in a very short timespan for all of us.

When business is booming and there is plenty for everyone everything is great, but when things starts to plummet out of control most people and companies will look for their own good, and not for the greater good anymore. 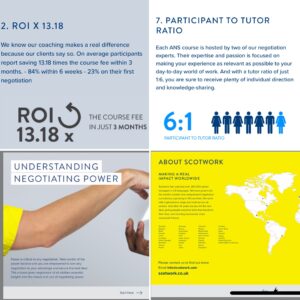 In most of these conflicts around the world, we need to look at common ground and how to settle things in favour of both, in most cases not to try to inflict costs to each other with different embargos, but try to restore trust by giving to get.

Remember embargoes can force unforeseen reactions in the end, even a cornered rabbits will attack, you can not use a hammer all the time, you have to have other tools to find your way forward, or at least have a realistic counterproposal.

After all, we still have to live with each other. we still have to interact, independent of if we like each other or not, to force one another in to conceding without actually accepting, will only force someone to react or counteract, when they can.

“Stat crux dum volvitur orbis” (The Cross is steady while the earth is turning) as my grandfather ends his book, also what he has written on his family headstone in Sweden, gives an insights in his way of seeing the world.

Once the church was a stable platform to lean up against in difficult times, today I am not sure I would claim the same, sadly enough religion is still a big topic when it all comes down to most conflicts around the world.

Today it is more important than ever to consider what to give to get, what you want, or what to get to give, if you prefer it the other way around.

It is about conceding in one area to get something of greater importance to you, how and what that is in your world is something that most of us has to think about before we act, today most actions are not a considered counter demands, just plain demands.

Previous StorySticks and stones mixed with carrots.
Next StoryStay in control