As a history and news buff, I read and follow a lot of different medias nowadays, in pursuit of trying to understand why things happen and what we can learn from them.

Media today is more blurred than ever, everybody suddenly have an agenda to pursuit and don’t explain why things happen, just what is happening out of their perspective.

Yesterdays news is already history, news will in the end become history no matter what the perspective or agenda is.

There is a saying, you can not write history before at least 50 years has past, and then most people that were involved are gone.

In most cases history is written by the winners and not by the losers, a consequence that we have to take in to consideration when we read what has be written over time.

Around 50 years ago the Vietnam conflict was among the most dramatic conflicts in the world, and most world powers were involved one way or another, direct or indirect. 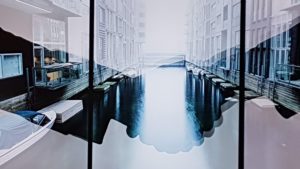 We now know that McNamara already believed that the war in Vietnam was a lost cause in 1968, the reasons for carrying on was, and I quote; “70 % out of prestige, 20% to keep Communism in check and only 10% because of the people in Vietnam”.

In hindsight we can all judge and comment on what our predecessors did and did not do, but the big question today is what our children will say about us in the next generations.

Today the world is full of new conflicts, many of which we could not dream of just a couple of years back, and most of the power balance in the world has been shifted around in such a way that we no more can say how everything will end.

Some of the questions I ask myself today is why USA is focusing so hard on “making America great again” or why it is important for UK to leave the EU.

Old friends are now foes and old foes are more friends because of a common enemy, what is the reason behind this evolution and where will it end?

The last 50 years there has been a lot of different conflicts in the world, today we do not expect the same types of conflicts, but the outcome can very well be the same.

War is still one of the more common ways to solve conflicts, not only by military means but also by what we today would call trade wars.

Typically it starts off by one party being denied what they see is their rightful claim and another party that doesn’t want to change the up coming dispute, because they are satisfied with the status quo, or that they want something else in return.

Both North Korea and Iran has produced nuclear capabilities over the years, not to blow up the world, but to use as a negotiation chip against USA in their struggle to shift the power balance, so that they could get rid of trade sanctions against their countries.

If you ever are low on power in a negotiation, you have to consider if there is anything you can do to shift that power in your favor, or take a close look on what it will cost you to find a solution, whatever you do, don’t lie or bluff, it will cost you dearly if you do. 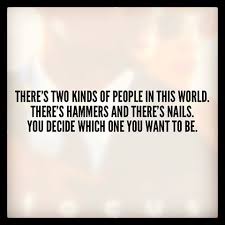 America is nowadays threatening nearly every friend and foe in their effort to divide and conquer better deals for themself, a consequence we can find different reasons for.

The first thing you should ask yourself is, why are they doing what they do and why is that important to them.

Their are 3 different styles of negotiation that is becoming more and more common, most just talk about two of them.

Combative style is becoming standard within different industries and countries, its all about getting it all and leaving the battlefield as the winner and making sure the looser never rises again.

Competitive style is more about putting so much pressure on the other side that they concede just beyond or on their walkaway point.

Collaborative style is more about making sure you both can meet again and enjoy a long relationship, it is not about meeting in the middle, you can still meet your 100 %, so can your other party.

Typically behavior for USA today is to start of by some kind of insult or threat, then move on to meet, and suddenly become very friendly when a deal is close or settled.

This behavior is all about power balance before you negotiate, to make sure you start off in a as good position as possible, before you try to get what you want.

It is called “trowing the anchor early”, in my view, to early, it will only make the dialog in to a long and slow surrender that will teach your opponent that you start at 100% over your goals.

The trouble with this tactic is that your opponent will learn how to respond with the same kind of attitude and it can easily become a slugging match with huge impact on everyone involved.

Or they will learn how to respond and lose respect for the way you conduct your negotiations in the future, next time they know it is easy to move you the first 50 %.

If you would like to understand USA negotiation style a bit more, you can read “The art of negotiation” by Trump, if I may make a spoiler of his book, its explains a lot when you understand his father was a rent collector, that banged on tenants door and pressured them to pay. 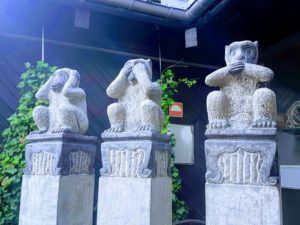 If we move closer and over the Atlantic, back to our own turf in Europe, there is a lot of issues that we need to address, one way or another, one is Brexit.

Brexit is more of a mystery to me, because I am not sure it will be a better outcome than staying in EU for the UK, the risk is like a bad marriage, where one part risk ending up on the street without any money or means, because they signed a prenuptial agreement.

If you over the years have committed yourself beyond the point of no return, the only option you got is to change it all from within, with support of other EU-exiters.

I am sure UK got some friends within EU that are looking to see how it goes, if UK is successful with Brexit, then others will follow, something that EU is well aware of.

In the end I think it all will end in a new election, where the people will have to decide once again, due to that the government have not been able to negotiate anything else but a “Hard Exit” from EU.

We will never live in a world without conflicts, the only thing we can do is to decide how we likely should react and how we can stay in control no matter what happens.

In the end, it is not about winning all battles, it is to avoid any kind of war as an resolution, and remember to treat our friends and foes as a long term relationship, regardless of attitude and standpoint.

We should never answer back in anger, always make considered counter measures. Do not mix feelings with business or politics, it will only get you in trouble.

We can not expect to live in a world where all our enemies are destroyed, it will only create new ones.

Cato, a Roman Senator, always ended his speeches with stating that Carthage should be destroyed, and in the end he got what he wanted, and so did Rome.

Previous StoryTrust and reputation is more important than ever.
Next StoryLets play a game of chess