2 month has gone since the war started, in the beginning no one expected Ukraine to last for more than a couple of days and everyone expected the Russian war machine, just to steam role over any form of local resistance.

Russia expected Ukraine to be another Hungary och Czechoslovakia back in the 1950th, when you could role in with tanks and totally dominate within 24 hours.

The result is more like what Finland manage to inflict on Russia in the winter war, where the “motti” tactics made all the diffrence  and resulted in huge casualties for the Russians and Finland managed to win the peace for a short time.

Stalin had rooted out the Russian army to a degree where it was no longer able to sustain any form of effective offensive or defensive capability, a conclusion that made it clear for Stalin that it had to be rebuilt again.

Germany who never trusted the Russians saw an oportunity by attacking Russia before it was ready to one day attack Germany, in essence, Germany underestimated Russia and Russia over estimated Germanys capacity to sustain a war over an longer period. 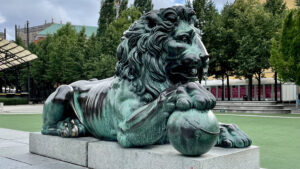 In most cases when you separate time as an factor and what kind of impact it would have on your plans, you generally see that it becomes an underestimated factor regardless who you ask.

That does not mean that Ukraine will win the war or peace, the more the Russians looses the war, the more Russia will try and bomb Ukraine back to the stone age, and while the war continues everyone outside Nato will apply for membership as soon as possible. 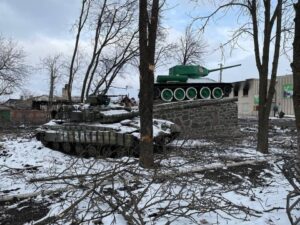 So the big question you should ask yourself is:  is Nato the solution to Finland and Swedens security issues?

I think the best way to answer the question is to ask: if Sweden had nuclear bombs and missiles would they still apply for membership in Nato or would they try to stay neutral and still have the capability to retaliate with nuclear missiles if possible?

My next question to you would be: would Finland benefit more from having the same capabilities as North Korea, or in due time as Iran, to use the nuclear power to retaliate on Russia?

I think some of the signals you can get from reading into what Peter Hultgren says or not says, is that he would probably prefer that Sweden and Finland did not to become an  Nato member for different reasons, and still have the benefits by having a close collaboration with Nato.

We should also consider what an membership would mean in short and long terms for Swedens defense industry, from my point of view, I remember when Sweden actually developed the capability to fire artillery shells with tactical nuclear capabilities, today I would like the same capability, not only with an tactical sea robot but also as an missile that could reach targets in Russia.

In essence the decision is shaped out of necessity dealing with an hostile Russia, who you cannot and should not trust, with foreign  states that bullies other states into submission, brute force is the only way you can secure that the cost will be unpropositional to any form of gains by trying to force us to submission.

The only way to defuse the development in Europe would be if  the Russian people realizes that they are totally heading in the wrong direction and that the west will close the door for them for the next 100 years and throw away the key.

The way back for Russia is beyond comprehension, but that also indicates that Russia is prepared to play it out, because there is no way back now, not even if the claim victory by the 9 of May.

For Sweden and Finland their is no other option for now than to join Nato, because we don’t have the time to rebuild our military capabilities fast enough by our selfs, we need the support we can get from Nato, especially if Macron looses in France , but thats an other story.

Previous StoryPoint of no return for Russia?
Next StoryFake News?